I got a great question from Craig K. about why I am not a fan of people repeating the Open workouts:

‘I would love if you would elaborate on how it ruins progress to do a workout twice? How does doing one workout 2-3 days apart from another workout cause a big problem with process? … What is the science behind it or even the thought process of why it is so bad?’ 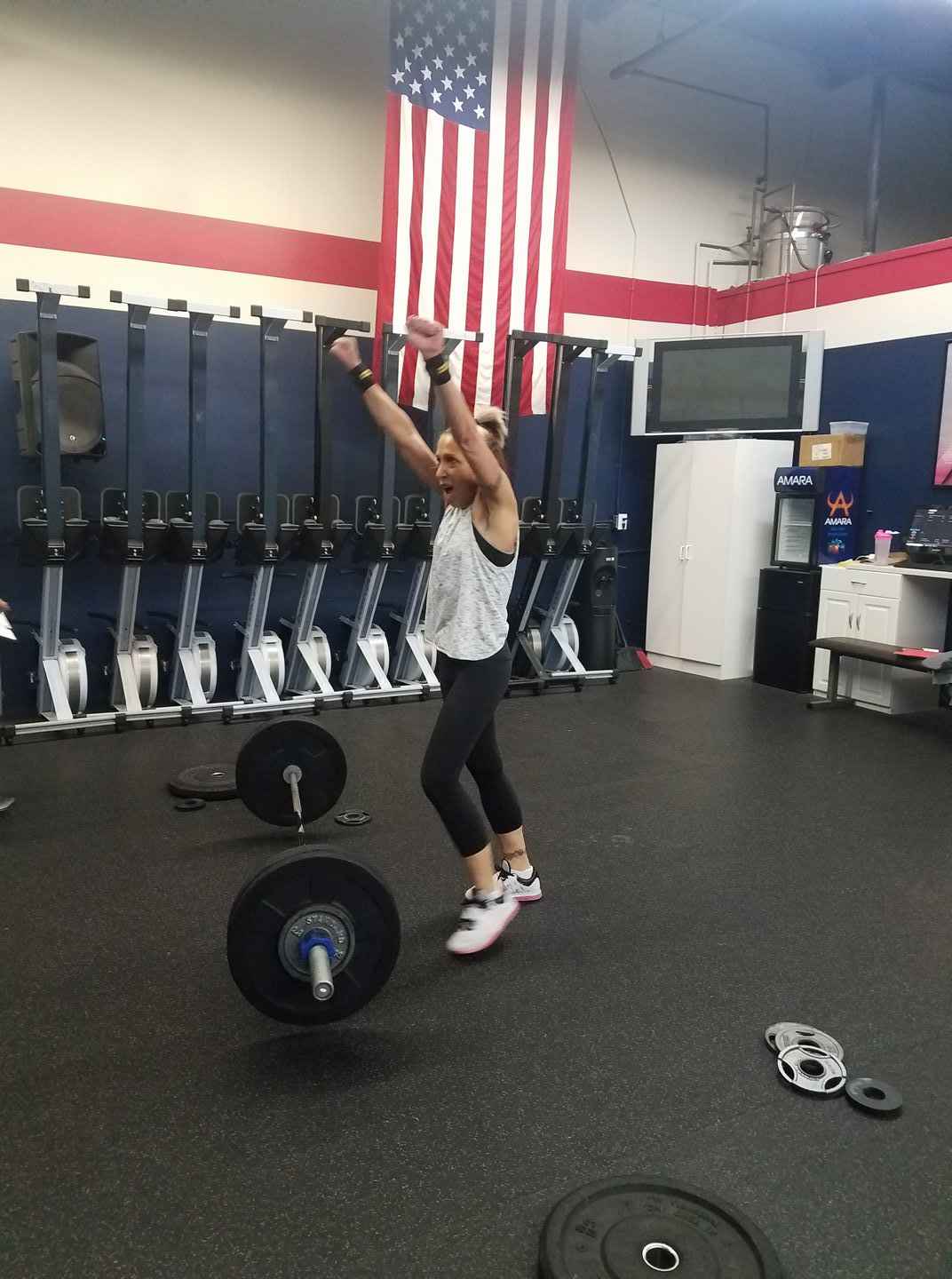 First, I’d like to say that it doesn’t ‘ruin’ the progress if someone does a workout twice in a few days. Our programming should be robust enough (AND not so overwhelming) that folks can get away with a ‘random’ week where they do the same workout two or even three times! What I am referring to, is using ‘the repeat’ as a strategy to get maximal scores in the Open (and doing it multiple weeks).

I do have a lot of experience with Weekly Competition/Leaderboard workouts. We were open about 6 years before the first Open in 2011, and we used to do a 'challenge of the week' where people could do a Competition workout during Open gym. People started doing the 'repeat' strategy to beat their friends
Fast forward to 2012 when they started awarding gyms for the most sign ups, we were top 3 in the world for sign ups for 3 or 4 years. (usually around 3-400 people (on one team, and we usually had 2-4 teams from the one gym). I am not sure how many people we had in 2011, but it was over 100.

That said, there are a more than a few problems if people make it a habit, or core strategy, of doing the workouts more than once per week in the Open.

You will not push yourself as hard the first time

If you are planning on doing it more than once, you are almost guaranteed to let off the gas when things get hard. As you start to doubt yourself during the workout, and things really hurt, there will be a little voice in your head saying, “its okay, I’ll try harder next time”. This will sabotage your initial performance, and make sure you HAVE to do it a second time!

You must be mentally prepared to ‘burn the bridges’ so you make your attempt the best. Don’t save anything for the swim back:

There are no ‘second chances’ in other competitions

As far as ‘The Sport of Fitness’ and similar competitions go, you aren’t allowed to ‘try again’ if you mess up the first time. You should become adept at planning your workout (pacing, resting, technique, etc.) so that you get your best score right out of the gate. Giving yourself the option to repeat will prevent you from learning how to ‘knock it out of the park’ on your first try.

The vast majority of experienced CrossFit Games athletes I have worked with almost always get nearly the EXACT SAME score on their second attempt. They know themselves and the movements so well they can execute a perfect plan 9 times out of 10. Every so often they may repeat a workout if they took a gamble on the first, or there are ‘weird’ rules about a lift immediately after or achieving a certain number of reps before a certain time to move on.

One ‘secret’ to the top performers is that they don’t usually repeat workouts in the Open and yet they are still at the top of the leaderboard. Other folks will repeat the workouts to get a better Open score, but then they fall flat at Regionals/Games. This is because they haven’t mastered the ability to be ‘one and done’, and the top performers are training for the long term, not the immediate win.

You are more likely to get injured or ‘tweaked’

There is a reason why good programs usually don’t have folks doing hundreds of reps of the same movement a few days apart. Not only is it not a good idea for recovery and progress, it also greatly increases the chance of injury! Hand tears are a good example of this, but it could also be a tweaked back or angry shoulder. Getting injured (especially on week 1, 2, or 3), is going to not only make overall progress stall. It is also going to be detrimental to later weeks of the Open!

It puts your actual training progress on hold

I had the opportunity to train ‘regular folks’ (people who were decently fit, but had regular jobs, and not necessarily trying to make Regionals as a primary part of their life), people that were Regional hopefuls for next year, Regional/Games team regulars, Masters of all levels, and Games individuals all at the same time. One year, we had 3 teams and 3 Individuals at one Regionals (From the same gym)! 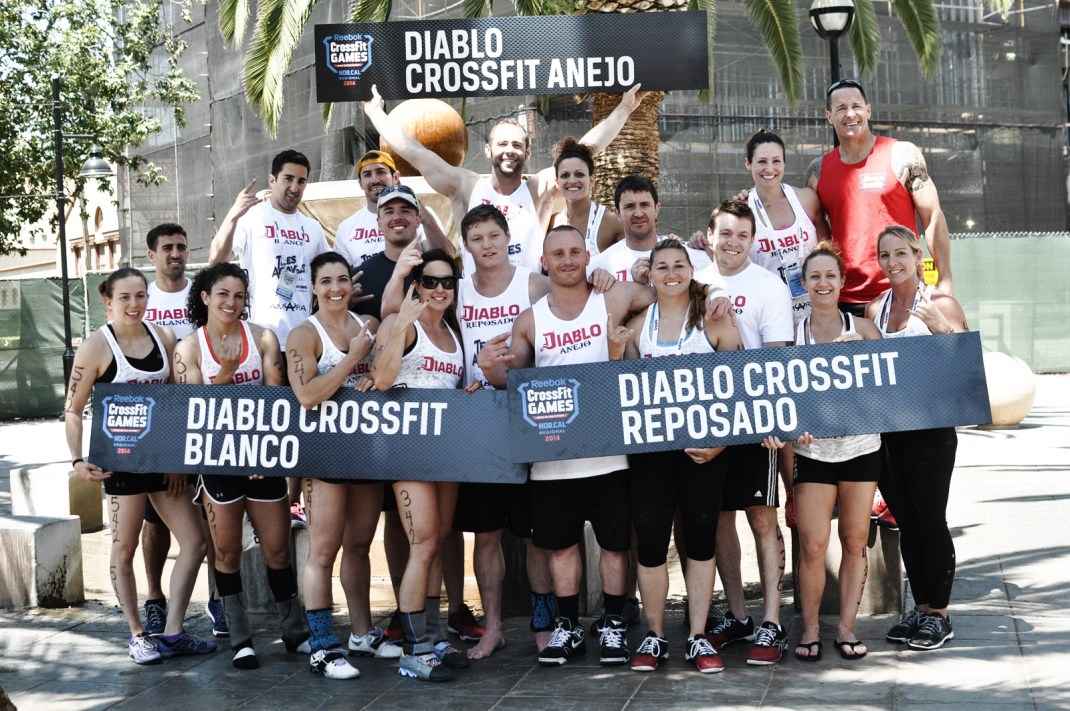 (Yes… we named our teams after Tequila)

One thing we noticed early on is that when people have to be hyper focused on the Open, it means that they are going to be behind at the end of it. The people who made the most gains year to year weren’t focused on just doing their best ‘this year’, they were focused on getting better overall.

When you are planning on doing the workouts 2 or 3 times, you are NOT making overall gains.

That only leaves a couple days to try and get some training in before the next announcement! Starting the first week on Wed/Thur (resting before week 1), and then eking out every attempt on week 5 (and taking some time to get back into the swing of things) means that you are really putting your long-term training on hold for more like 6-7 weeks.

This is about 13% of the calendar year!

And it isn’t like you go back to right where you left off. You will backslide on some of your strength numbers and metcon performances. This means that you may end up more than 15% behind another competitor who is able to maintain some consistent gains through the Open!

You may beat that person this year because of some extra points from ‘selling out’ this year, but they are going to have a head start over you next year. Over 2 or more years, they will continue to make progress faster than you… especially if you get ‘tweaked’ during the Open trying to get a every single point possible each year.

It is bad for your ‘mental game’

It should be no surprise that the Open is a huge mental struggle for just about everyone. Not knowing the workouts. Seeing people’s scores, then seeing people pass you at the last minute. Watching your own score drop as other people log their scores…

Many people ‘opt out’ of the Open just for these reasons. It is just ‘too hard’ on them mentally!

By planning on doing the workout one time, you are giving yourself the permission to move on. Once your workout is complete, the stress should be over.

It is done. You can move on.

You can focus on getting back to your training and you can avoid checking the leaderboard every 17.3 minutes. You can focus on the movements that are likely to come out in the next workouts and/or getting ready for the next competition (whether that is Regionals, a local competition, or the next Open).

It is also important to mention that doing it once gives you comfort. There will be a nemesis (or 3) that you know you are better than. You will wonder how they bested you or did so well on a particular workout. A lot of the time, these folks are doing it multiple times to take advantage of the format. Take to heart that they aren’t necessarily better than you, but they clearly don’t have the bigger picture in mind.

Some notes about when a ‘repeat’ might be a good idea

All of this said, there are times when a repeat or two might be a good idea.

An important note on expectations of coaches/gym owners

Unfortunately, it is all too easy for your coach or gym owner to get caught up in the heat of the moment and how good you are doing. Generally, they want you to do great for your you… but, whether they know it or not, your performance also represents them to a degree.

Without admitting it (to you or themselves), they will sometimes push you to repeat for an extra rep or two because it will make them (and the gym) look better.

I too have been caught up in how great my athletes are doing, wanting them to have a great showing, and… make me and my gym look good. It took me years to see the bigger picture and plan for the future (and to put my ego in check). Even after I had realized this, I had assistant coaches that never learned the lesson and who were always trying everything to win ‘now’ (at the potential detriment to the future dynasty).

Ultimately, you need to do what is right for you. Your coach may be disappointed. Some of your friends at the gym may be disappointed. But a great coach won’t pressure you to repeat at the wrong times, risking injury and stalling gains, because of their ego. Great friends will understand (once you explain it).

Do not assume that you can re-do workouts in your gym as much as you'd like. The CrossFit Open is a TON of extra work for the coaches and gym owners.

Even if you have determined that a repeat is something that you absolutely want to do, DO NOT ASSUME YOU CAN JUST COME BACK AND DO IT WHENEVER YOU LIKE, and that the gym/judges are going to bend over backwards to help you.

Ask politely if there is a possibility of doing it again, and what would be the best day and time for you to do it. Any time you are repeating a workout, the coaches (who have to be there to open the gym), and the judge, are doing you a HUGE FAVOR. You are going to have to be the one with a flexible schedule (do not ask them to come in around your schedule). Offer to pay an extra drop in fee if, and definitely give them a 'thank you' gift (a note, gift card, coffee, etc.).

Keep in mind that if you are asking to do a repeat, so probably are others. And if they let 'some' people do it, then everyone gets the chance. This adds significantly to the workload, and you have to remember that all of this extra work is on top of the regular day to day operations of the gym! Some gyms have a '1 repeat' or '2 repeats' max to help limit the amount of extra work, and to limit the 'repeat mania' that some folks get into. You should consider holding yourself to something similar. Your coaches will love you for it!

I hope this helps you understand some of the strategies behind doing repeat workouts, and how it all fits into the bigger picture.

Remember that it isn’t about where you finish this year. It is about how this year made you better.